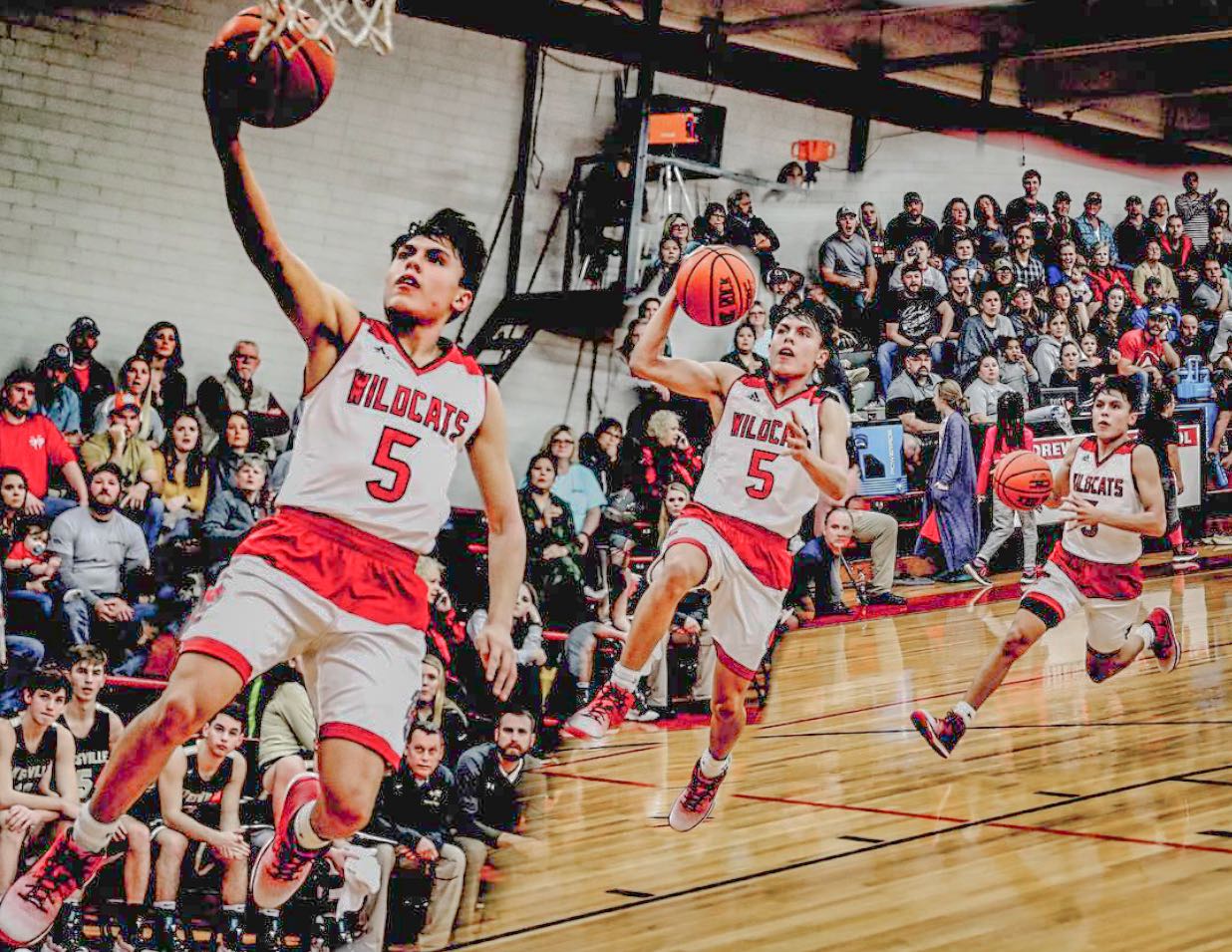 About a month or so ago, the North Carolina High School Athletic Association released their 2020-2021 sports schedule. This new schedule moved football to February and limited sports such as basketball to a 14 game season. It also opened up the door for transfers.

This new season put local athletes college futures at risk, as it has a serious impact on recruiting since North Carolina schools will only be playing conference schedules.

Andrews High School has already seen two of its top athletes transfer away to Georgia schools.

5’10, Senior Guard Kabe Ellis recently transferred to Towns County. Ellis averaged 20.8 points, 4.6 rebounds, 4.1 assists, and 3.7 steals for the Wildcats last year. He has already accumulated 1,294 points in his high school career. When #TeamFYNSports asked Ellis about the transfer, he said:

“I’m excited about the opportunity to be able to have a full season for my senior year and be able to play ball with some new teammates. No matter what I give the glory to God.”

Kabe was one of the top basketball players in 1A basketball in North Carolina. He plays with a great pace and has quality court vision with an ability to distribute the ball very well.

6’3, 175 lb, class of 2022 Wide Receiver and Shooting Guard Tucker Holloway transferred to Rabun Gap so that he could focus primarily on football. Tucker was the starting QB and shooting guard on Andrews High School’s football and basketball teams. Last week he had an interception for Rabun Gap as they beat Christ School.

Towns County will also be getting 6’7 junior Jake Mctaggart from Hayesville High School. Mctaggart is a tight end and defensive lineman who has already picked up 2 division one offers from Kentucky and UNC Charlotte for football. Jake is also a menace on the basketball court, as he led the Yellow Jackets to a 25-4 record last year. Mctaggart will is looking to suit up for the Towns County football team this Friday. He will look to help an upcoming Towns football team that was unable to win a single game last year, but is currently 2-2 after losing a heartbreaker in OT last week.

The Towns County Indians basketball team will be one to watch this year after the additions of new transfers Ellis and Mctaggart.